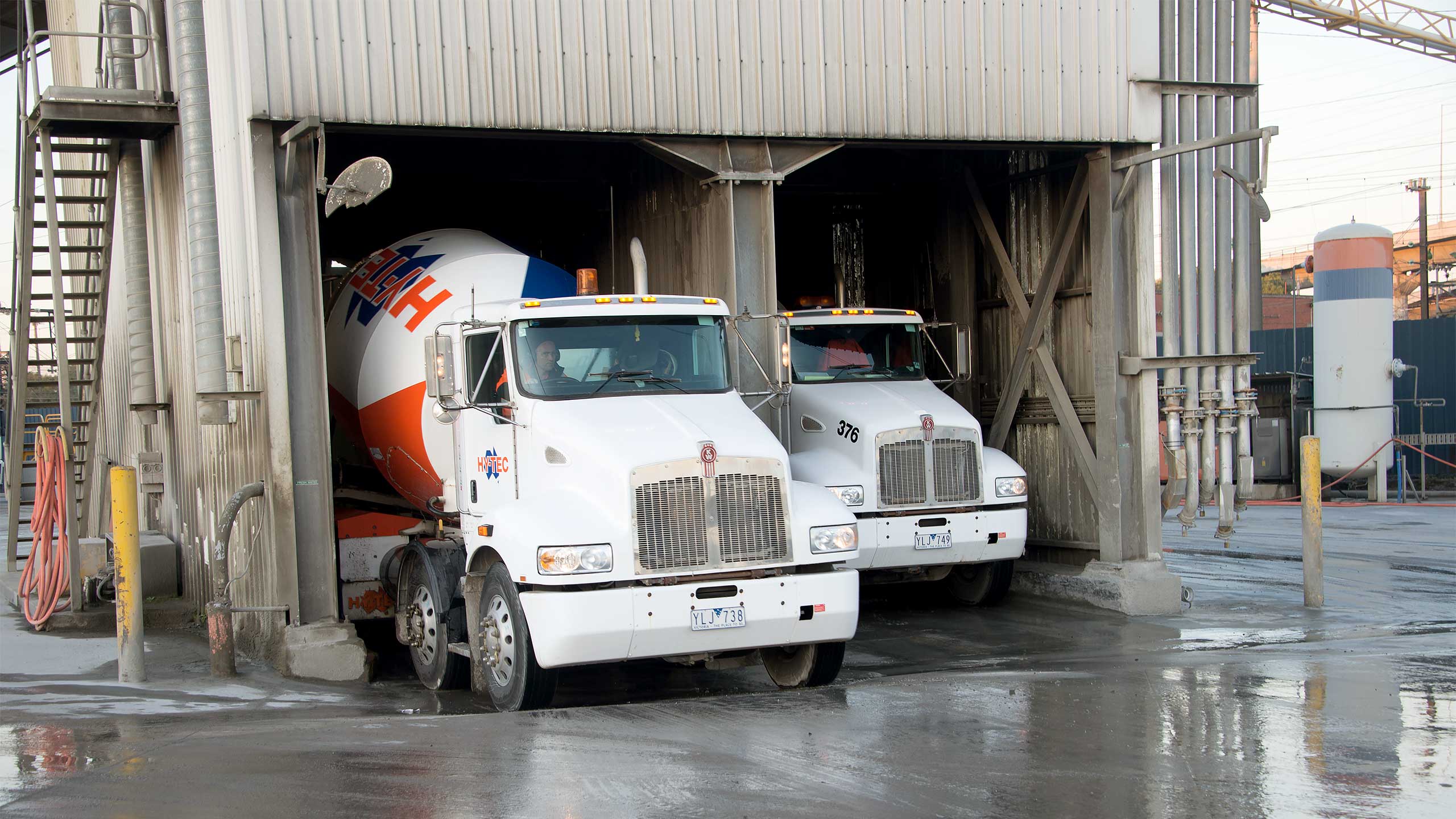 HY-TEC Queensland supplied 560 cubic metres of concrete to ‘Dig It Landscapes’ for a local government project at Nambour funded by the Sunshine Coast Regional Council in partnership with the State and Federal Government. The success of the project depended on HY-TEC's ability to produce decorative concretes to match existing concrete and terrazzo styled paving.

The main architectural features in the project were a mass concrete structure and associated walls that were polished or sand-blasted. The polished sections were to match polished paving used. To achieve an acceptable match several trial mixes were conducted at HY-TEC’s Maroochydore Laboratory where several sample panels produced.

The final mix incorporated local materials that replaced what would otherwise be aggregate imported from interstate. One of HY-TEC’s goals was to minimise environmental impact. The original paving was made using Off White cement, however by varying the amount of oxide pigment used with a blended cement, reduced costs as well as a reduction in greenhouse gas emissions by 30%.

Contact HY-TEC By filling out the form below and sending us a message.

We will reply to your enquiry as soon as possible.